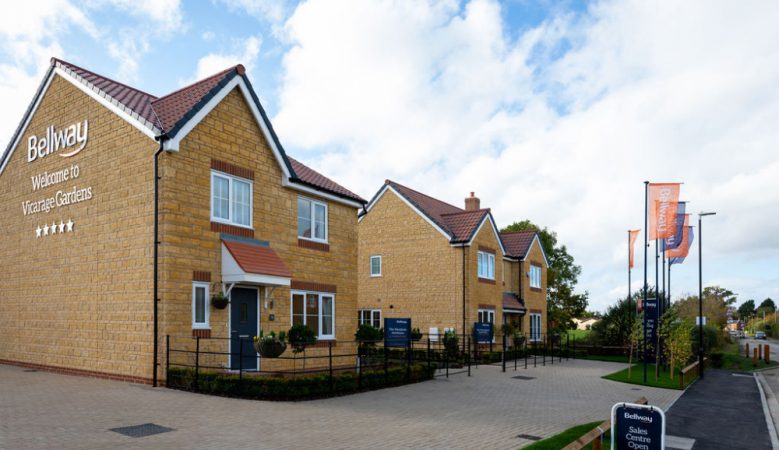 Building work is drawing to a close at Bellway’s sold-out Vicarage Gardens development near Swindon.

All 70 homes on the former South Marston Hotel site, off Old Vicarage Lane, have now been sold and construction is expected to be completed later this year.

The development, which includes five affordable properties and a range of homes which are adaptable and accessible for wheelchair users, has been carefully designed with the rich heritage of the area in mind.

Many of the houses have been built with Cotswold reformed stone to ensure they are in keeping with their local surroundings, while architectural details have been incorporated into the home designs to reflect the style of local buildings.

The Vicarage, a four-bedroom house, was also built as a lasting tribute to the former vicarage building which once stood there.

Christel Hawkins, Sales Manager for Bellway South West, said: “Vicarage Gardens is a beautiful development which has the history and traditions of the area very much at its heart.

“Right from the start, we had a very high level of interest and our mix of two, three and four-bedroom houses attracted a range of buyers, both locally and from further afield.

“The site is well-known locally due to its previous use as a hotel and the attractive village location really helped shape the site into what it is today.

“We’re very proud of the vibrant, new community we have helped to create here and wish our home-owners all the very best for the future in their new homes.”

As part of the planning agreement for the development, Bellway is providing £600,000 in investment in the local area to support services including education, outdoor sports, bus services and the enhancement of the Nightingale Wood wildlife site.

The former hotel which once stood on the site closed in 2016 and was damaged beyond repair in July 2017 when a fire ripped through the building.

The first homeowners moved into the new estate in November 2020.

Although all the homes are now sold at Vicarage Gardens, Bellway South West is delivering further new homes in the Swindon area at Ridgeway Park in Wroughton, just six miles from South Marston.

The housebuilder also has plans to build new homes at Redlands Grove, off Wanborough Road, Swindon.