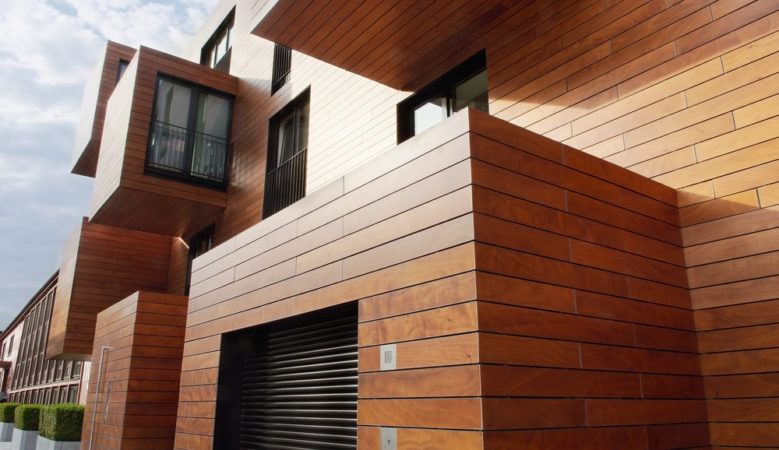 Graven Hill, the UK’s largest self and custom build development in Bicester, Oxfordshire, has partnered with traditional building contractor, DGK Construction Ltd., to deliver a new range of apartments and studios.

Founded in 2007 by Dan Gruncell and Ray Rearden, who had worked together previously on a number of projects, Bedfordshire-based DGK has evolved from a business specialising mainly in extensions, to one offering traditionally constructed new build homes, as well as carpentry services.

DGK was originally introduced to Graven Hill after being contracted to carry out carpentry work for another of the site’s contractors. Impressed by the company’s work ethic and results, Graven Hill then commissioned DGK to construct a range of houses and apartments for the development.

First starting work at Graven Hill in 2017, DGK has so far completed 16 new build homes on the site, ranging from three- to five-bedrooms. The company is now constructing 26 apartments for the developer, including one- and two-bedroom flats, as well as studio apartments.

The block will be a gas-free building, with Graven Hill looking to embrace a greener approach to construction. Consisting of piling foundations, concrete planks for each floor and masonry for the structure, these apartments will be traditional in build but modern in result. Completion is currently set to be January 2023.

Gemma Davis, customer experience director at Graven Hill, said: “We are a development that celebrates individuality. No longer are people willing to settle for cookie-cutter houses that only meet some of their needs, and we’re dedicated to providing a wide range of homes that suit every individual. DGK’s traditional builds do just that, with the company completely on board with our vision for change in the housing industry. If DGK’s new build homes are anything to go by, the apartment block will be a stunning addition to the site.”