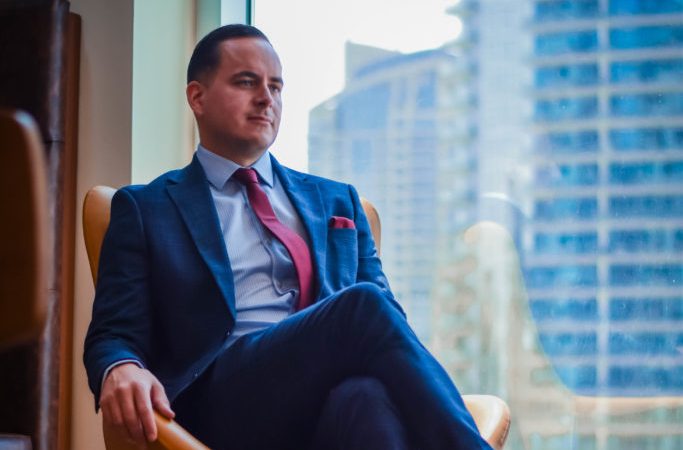 By Nick Hyland, founder and director of Track Capital

Signs of post-pandemic recovery in the buy-to-let market are causing many investors to begin searching for their next property. After working out a budget and a broad list of selection criteria, the question arises of where in the UK should you invest? The pandemic certainly changed the way people work, specifically where people work. Many have become accustomed to working from home, and businesses have adapted to accommodate a more spread out workforce. This trend has presented in the property market as a reduction in demand for rental property concentrated in city centres, as people instead are able to maintain their careers without the city centre price tag.

Time will tell if this trend has a lasting impact on the property market. Whilst unprecedented levels of investment into infrastructure, transport and construction projects in the UK’s major cities could see people returning once more to metropolitan life. So, let’s take a look at the most popular and promising areas for investment currently in the UK.

It makes sense to first look at the capital. Once regarded as possibly the best place in the UK to invest in buy-to-let property due to high demand and rapid growth in house prices, the buy-to-let market in the city has not performed as strongly since the pandemic. Rental prices have decreased in many central areas, and house prices have lagged far behind the rest of the country when it comes to growth.

A slow down of property price growth over recent years was exacerbated by a difficult 2020. House prices in central London stagnated, rising only 2.2 per cent, lower than anywhere else in the UK, and rental prices saw a drop of 15.9 per cent, according to Hamptons.

However, there are signs of recovery; demand from tenants is on pace to exceed supply as 2021 draws to a close, and it is worth considering that outer London saw rental prices increase by 6.2 per cent during the same period. The JLL residential forecast paints quite a bright picture for London, with central London starting to recover from the effects of the pandemic from 2022, forecasting an increase in rental values of 2.5 per cent to 3 per cent per year until 2025 and a house price increase of 19 per cent by 2025 for Greater London. However, it is no secret that many investors are looking elsewhere for a better return on their investment, so, where else could that return be realised?

Topping most lists of the best locations for buy-to-let investments is the northern powerhouse that is Manchester. The city has undergone substantial growth and numerous regeneration efforts for quite a while now, such as the development of Media City, home of the BBC and ITV, at Salford Quays, and the regeneration of the Ancoats area, introducing many new homes and businesses to a once disused part of the city. The value of these changes is noticeable throughout Manchester, including in its property market.

House prices in Manchester have been consistently rising; they are currently 13 per cent higher than in 2019 according to Rightmove data, with growth expected to continue strongly until 2025 at least, averaging 5 per cent per year from 2023. Rental yield in the city remains higher than average due to the relatively low cost of property compared to London and strong demand stemming from its growing population and healthy student numbers.

Redevelopment projects are really driving Manchester’s prospects as an investment-friendly city; the government recently announced over £1bn in funding to develop the region’s transport network as part of the latest budget, creating hundreds of ‘green jobs’. Further examples of development in the city include the Metro tram network, which was extended in early 2020 to connect the city centre with the Trafford Centre, the upcoming redevelopment of the Piccadilly area and the completion of HS2, which will open Manchester up to be within easy commuting distance of London.

It would seem that Manchester is a city that should be near the top of any investors wishlist, with stronger growth in the rental market than London, and substantial investment into transport infrastructure, it shares some similarities with another nearby northern city with a rich industrial heritage.

On the brink of major redevelopment, Liverpool is already a very attractive investment prospect; affordable property prices combined with high demand from young professionals and students have seen some investors achieve yields of over 10 per cent according to Totally Money.

Property price growth in the city centre is even outperforming that of Manchester, at 11.78 per cent p.a. compared to 8.24 per cent p.a. as reported by Zoopla.

The outlook for Liverpool is very promising too, most notably because of the substantial amount of investment the city will receive in the near future. The £5bn Liverpool Waters project will bring with it new homes, office space, hotels, restaurants, docks and a new stadium for Everton FC as well as a new £50m cruise terminal.

Whilst these may not come to fruition in the very near future, JLL forecast an increase in house prices of 15.5 per cent from 2022 to 2025 and a rental value increase of 11 per cent in the same period, making Liverpool a key city for both short and long term buy-to-let investment.

Not to be overlooked, Birmingham is the second-largest city in the UK, with a population of 1.14 million, the city is a hub for business due to its prime midlands location and sub-90 minute commute to London on the train, which will be reduced to just 49 minutes after the completion of HS2.

Property prices in the city are growing too, with Rightmove reporting an increase in the average price of a sold property of 12 per cent compared to last year, whilst JLL predicts an increase in rental value of 12 per cent leading up to 2025. This is being propelled by a predicted housing shortfall, which when combined with a growing, although already large, population, should see rental property demand increase dramatically in the next few years.

There are, of course, many other areas worthy of your consideration throughout the UK; Oxford, Edinburgh and Newcastle all receive honourable mentions for their balance of property price, demand, average yields and redevelopment plans.

However, we’ve decided to lead with the big guns – London, Manchester, Liverpool and Birmingham – because of their fantastic performance in recent years. There are no guarantees with an investment property, but these cities are as close as you can get to one. So if you are in the fortunate position of choosing where to next purchase an investment property then hopefully this guide has been of some assistance.